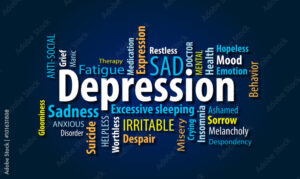 How does dementia affect hearing?

Many studies have found an association between untreated hearing loss, Alzheimer’s disease, and other types of dementia. Meaning, people with hearing loss are more likely to develop cognitive problems than people who do not have hearing loss. However, this is an area of intense research with many unanswered questions. For example, we still don’t know yet if hearing loss causes dementia or vice versa.

Researchers are also not sure if hearing aids can prevent or reverse cognitive decline, though early data looks promising, especially when it comes to delaying the onset of dementia. Clinical trials currently underway on this topic will provide more clarity in the next few years. 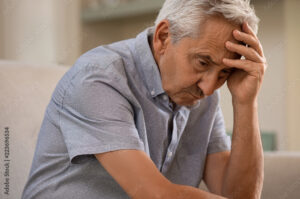 Don’t assume you’re suffering from dementia if you have trouble understanding speech or find it exhausting to have simple conversations. Hearing loss has some of the same symptoms as cognitive impairment, so it’s vital to have regular hearing checks.

If you do have confirmed hearing loss, though, it’s important to know you are at higher risk of developing dementia. Take as many preventative steps as possible, such as healthy lifestyle choices, wearing hearing aids, taking medications as recommended, and staying active and socially engaged (hearing aids help!).

How hearing loss changes the brain

Hearing loss does shrink some parts of the brain responsible for the auditory response. In studies where older adults underwent brain scans while they listened to sentences of varying complexity. They also took tests that measured “gray matter,” the regions of the brain involved in muscle control, and sensory perception such as seeing and hearing, memory, emotions, speech, decision making, and self-control.

Neurons (brain cells) in people with hearing loss were less active when they focused on complex sentences. They also had less gray matter in the auditory areas. These effects may accumulate with time or be triggered by age. 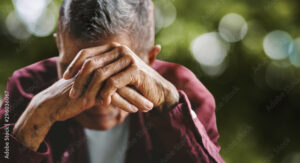 What research on dementia and hearing loss reveals

Most recently, a study published in July 2021 found that people who struggle to hear speech in noise were more likely to develop dementia than those with normal hearing, as measured over an 11-year period. This was the first time that speech in noise was specifically studied.

In a different study, a team at Johns Hopkins, led By Frank Lin, Ph.D., looked at cognitive impairment scores over six years for nearly 2,000 seniors. They concluded that those with hearing loss had a faster decline. The volunteers were all cognitively normal when the research began. But by the study’s end, people with hearing loss were 24 percent more likely to meet the standard of cognitive “impairment” compared to people with normal hearing.

No matter what, get your hearing checked!

If you’re noticing trouble hearing in yourself or a loved one, don’t delay—prompt treatment can help you or your loved one stay engaged in the world and avoid social isolation, a widespread problem for people with untreated hearing loss. Hearing loss is exhausting, but it doesn’t have to be.  You have options!

You can schedule your next appointment with us online!